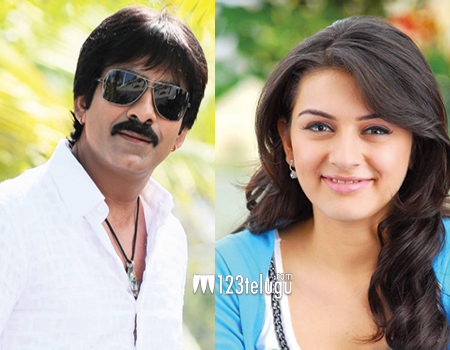 Mass Maharaja and Hansika will be seen as the lead pair in the upcoming action entertainer that is being directed by Bobby.

The film’s muhurtham ceremony was held recently and regular shooting is going to start soon. As per Film Nagar reports, the film will have a second heroine and a few actresses have been shortlisted for the same.

An official confirmation is expected from the team soon. Rockline Venkatesh is producing this movie and Ravi Teja will be seen as a cop in this powerful entertainer.