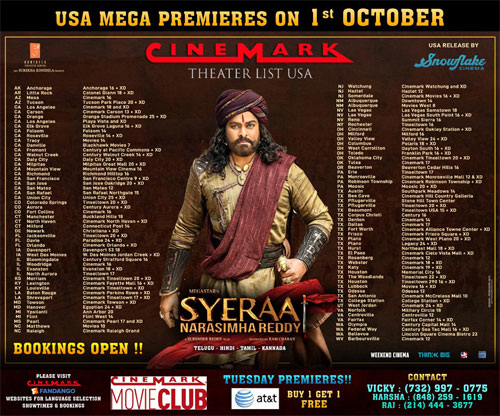 SYE RAA will have a simultaneous release in all languages (Telugu, Tamil, Hindi & Kannada) across North America. The film is all set to release on Oct 2nd with Mega Premieres on Oct 1st (Tuesday) in huge number of screens in all major chains across North America (USA and Canada).

Advance Bookings for SYE RAA in major locations will be opened soon!!

We would like to thank PHARS FILM (Dubai) – SyeRaa’s Official overseas distributor; for providing us this wonderful opportunity to release one of the most prestigious projects SyeRaa in North America.