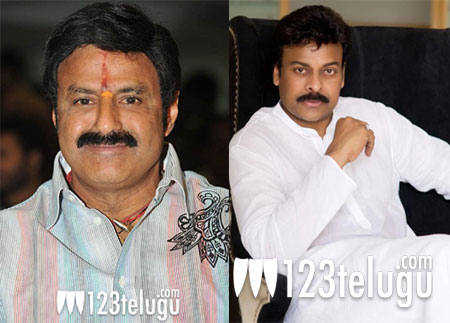 For nearly two decades Balakrishna and Chiranjeevi tested their supremacy on the silver screen. Some Fridays it was Balayya. And in more than some it was Chiranjeevi. But the loyalty they enjoyed was such that their fans still swear by them. In Chiranjeevi’s case the cross over to politics was mainly motivated by his enormous fan base. In hindsight he realized that not all of them danced to his political tunes. The rising sun, predictably went down quicker than many anticipated. Now Balakrishna is all set to take a ride on the cycle. In SRR’s 50-days function when Krishnam Raju said that “evarevaro CM lu avithunate, maa Balayya endhuku kaoodadhu”, the crowd went wild. Since then Balayya has announced he will contest in 2014. No sooner he said that there are news doing the rounds that he said something about Chiranjeevi that was not in good taste. The media has begun the merry go around afresh. The rivalry has after all begun anew.