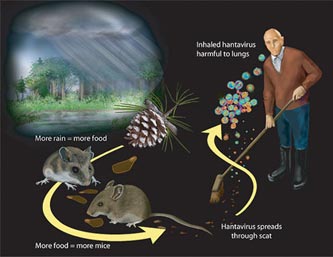 There is a new virus that is wreaking havoc in various districts in the state. It is called the Hanta Virus. As of now 17 deaths have been reported in Warangal, Adilabad, Nellore, Karimnagar and Ongole districts. The virus, which is reportedly spread through rats, carries symptoms like high fever, reddening of eyes, shooting up of B.P and inflammation of liver.

The state administration which at first neglected the deaths, terming them as “isolated” has now swung into action after the number of deaths shot up in the last 8 days. What is worrying the government is the spread of the virus. The Hanta is supposedly active during the monsoon season and the government is now directing district officials to coordinate with various Arogya Sri listed hospitals and conduct awareness programs in the villages.