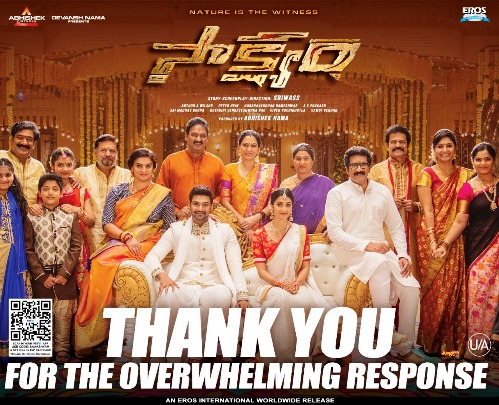 Young hero Bellamkonda Sai Sreenivas and Pooja Hegde starrer ‘Saakshyam’ has collected Rs 60 crore gross from 10 days of its theatrical run. These are staggering box office numbers and the film is still running successfully across the Telugu states.

Written and directed by Sriwass, ‘Saakshyam’ is based on the nature’s five elements and karma siddhantha. The film had top notch visuals, spectacular action episodes and mindblowing performances of the lead and supporting cast.

‘Saakshyam’ is likely to emerge as the biggest grosser of hero Sreenivas’ career while it was produced by Abhishek Nama under Abhishek Pictures banner.