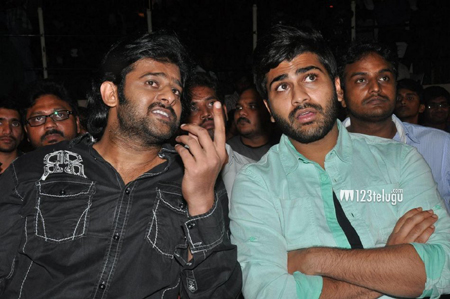 Young Rebel Star Prabhas is known to be a very nice person who has no ego etc. He always supports other heroes and praises their efforts. The macho hero showed his kind side once again at the audio launch of Sharwananda’s Run Raja Run.

Prabhas praised actor Sharwanand for being a very professional and co-operative actor. Prabhas revealed that Sharwa did not take remuneration until the entire film was complete, to encourage the producers to make a quality product.

The movie ‘Run Raja Run’ has been produced by Prabhas’s friends, Vamsi and Pramod. The film has music from Ghibran and it is expected to be a stylish romantic entertainer.