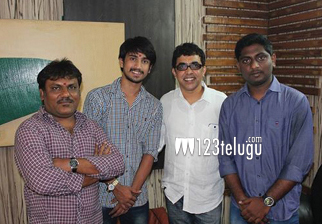 Talented hero Raj Tarun, who shot to fame with ‘Uyyala Jampala’ has been very selective of his next film. Finally, he will be acting under the direction of ‘Memu Vayasuki Vacham’ director Thrinadh Rao.

Venugopal Rao will be producing this film on Lucky Media Banner. The pooja ceremony was held recently in their office and the cast and crew details of this movie have not yet been revealed.

The regular shooting of this film will commence from next month. After the stupendous success of Uyyala Jampala, Raj Tarun is trying to stabilize his career in Tollywood and his next film would be very crucial in deciding his fate.