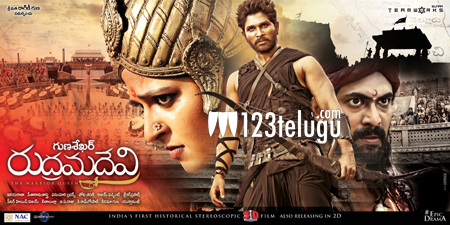 Gunasekhar’s Rudrama Devi was carrying a superb buzz even before the release of the film. The epic period drama opened in huge number of screens in the US and according to the latest update, it collected a total amount of $127276 from the premiere shows itself.

This amount is quite huge considering the film’s reach. Allu Arjun’s Gona Gannareddy character has become the talk of the town and is creating a huge impact at the box office. Anushka plays the titular role.