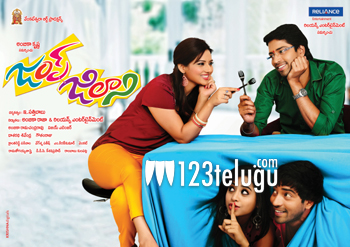 Allari Naresh’s ‘Jump Jilani’ has received a less than satisfactory response at the Box Office from critics and common audience alike. The film has some routine comedy and old style screenplay. But the film has not turned out to be a complete disaster for exhibitors.

In B and C centres, the movie is turning out to be an average grosser. This has surprised many people and when we enquired, the reason seems to be the lack of opposition at the Box Office. People are desperate for a movie and they are watching ‘Jump Jilani’ as it is an Allari Naresh comedy film.

Now is the right time for any small budget film with right content to come in and storm the theatres. The absolute lack of films at the Box Office should help the case of small films with good content, as these films usually tend to get washed away from theatres due to big budget films.

For now, Allari Naresh will be slightly relieved as the film may not be a total washout as feared.