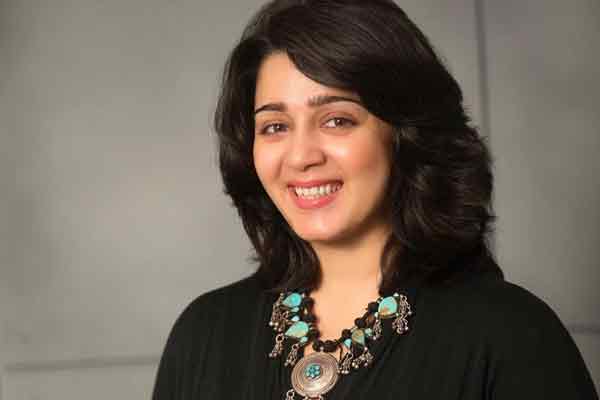 Talented actress, Charme Kaur has been in the industry for over 15 years now. She has seen all the highs and lows in her career and is one of the most straight forward and bubbly actress in Tollywood. As it is her birthday tomorrow, we caught up with her for an exclusive interview. Here is the transcript.

Firstly, why have you stopped acting?

Laughs! I have been acting from the age of 13, done over 55 films in several languages. I have seen the highs and lows as an actress and am very satisfied with my career. So, after a point, everyone gets the thought of what next. Even I felt the same and took up production and I am loving it completely.

Are you still getting acting offers now that you are a producer now?

Yes, every single day I keep getting offers but I reject them politely. I feel that acting will take a break as of now and the producer in me has all the attention.

What is your role as a producer in Puri Connects?

Puri Connects is one big family and most of the team members are of my age. Puri sir is our boss and we work collectively under him and I handle a major part of the production myself and see how the film is being made, promoted and released all over.

Are you a strict producer?

To an extent yes. We all work to achieve perfection and I make sure that all the films are wrapped up in a quick manner. I only get irritated when things don’t go as per plan. Otherwise, I am a very chilled out producer.

The response has been mind-blowing and the manner in which I am getting calls for the teaser proves it all. I am super confident and betting big on this film which will be entertaining from the word go. Ram has killed it in the teaser and Puri sir is back in the form are the words I have been hearing the most.

Status of Ismat Shankar as of now?

The talkie part of the film has been wrapped up and there are three songs which are yet to be shot. We will shoot them abroad. The pre-release business of the film is also good and we are planning a surprise event to promote the film which will have a wide release. The release date will also be announced soon.

Can we see Puri Connects collaborating with other banners?

As of now, we are tied up with several projects. The motto of our banner is to make good films and if things fall in place and we get hands on a good project, we will surely collaborate.

Romantic featuring Akash Puri is half way through and very soon, we will announce another project with a new director.

How do see your career so far?

I have no complaints about my career as I have done some memorable work in all these years. The time has come for me to take a bigger responsibility as a producer and I am loving this job which will keep me busy for the next few years or so.

With that, we ended our interview with Charmee and wished her the best for the film and her career as a producer.