Interview: Bellamkonda Sreenivas- Sita will prove my worth as an actor
Published on May 22, 2019 2:29 pm IST

Bellamkonda Sreenivas, for the first time in his career, is doing a performance-oriented role. So, on this occasion, we caught up with him for a detailed interview. Here is the transcript. 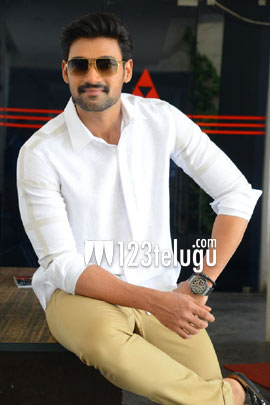 Actually, Teja sir wanted to work with me and narrated me two stories. My dad liked the commercial story but I loved Sita’s script as the film had a superb role for me. The film gave me a good scope to perform and I did not leave a chance to do it.

I clearly remember the first day of the shoot. Teja gave me a lengthy para to start with and I was shocked as to why is he testing me on the first day itself. I went into my caravan and got my lines right and performed it. Teja sir was shocked and gave me a lot of compliments from him which was quite happy for me.

Weren’t you apprehensive to do a female-oriented script?

I wanted to prove as an actor and had no qualms in doing a film with the title on heroine’s name. I was confident about my role and never during the film I felt any problem as it was centered around Kajal.

I play a well-educated youth in the film and keep telling everyone how to be truthful in life. How my slow and steady character gets involved with Sita’s problems is the crux of the story.

I already knew that she was playing the female lead right from the day I heard the script. Kajal is the perfect fit for the film and her performance is the biggest highlight of the film.

Does the film have any similarities with Nijam?

Even I heard that but this film is completely different. Teja sir is not the person who repeats his stories. I feel that this story is very new and will be quite a trendsetting.