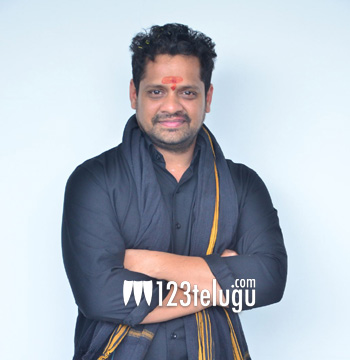 Next Nuvve is one film which is ready for release soon. On this occasion, we caught up with the film’s producer Bunny Vasu for an interview. Here is the transcript.

What made you accept Prabhakar’s script?

We all know that how big a television star Prabhakar is. The moment he came up with a story and narrated it, we clearly understood that he would easily direct a film with no problems. But we did not like the script he narrated and asked him to come up with another story. He worked out another script and now we are here with Next Nuvve.

Aadi is a well-groomed boy who is brought up in the industry. He is a very professional actor and is always one time. He has done a very good job with the film and I hope that he gets a good break with Next Nuvve.

What did you learn from Allu Aravind?

Oh! he is a 60-year-old teenager who is a fun loving person. He always hangs out with young guys just to keep his thoughts positive and fresh. I have learned how to take things in the stride and think in a positive way all the time.

Has Prabhakar lived up to your expectations?

He has not only lived up to our expectations but has also exceeded it. By seeing our film’s output, we suggested him for a project under Maruthi’s banner which is currently under production. Prabhakar is the only director who has his second film rolling even before the release of his debut film.

What is the reason behind setting up V4 banner?

The main motto behind setting up this banner is to give chance to young talent. Once the people we give chance prove themselves, we will automatically take them to another level with films in our main banner Geetha Arts.