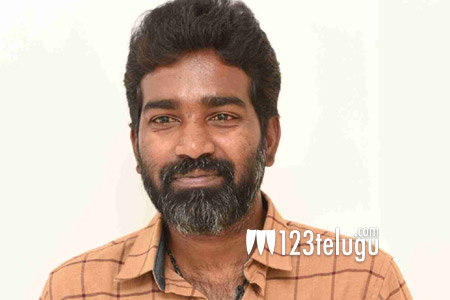 Kishore Tirumala scored a good hit with Nenu Shailaja. He is once again back with his new film Vunnadhi Okate Zindagi. On the eve of the film’s release, we caught up with him for a detailed interview. Here is the transcript.

For me, every film is like my first movie. I need to prove with every movie and there is enormous pressure on me during the release and I get restless completely.

I wrote this script one and half year back and narrated it to Ram while he was shooting for Hyper. The film has a very simple storyline of friendship and love. The basic conflict point is also simple but it will be the interesting narration and unique characters that will impress you in the film.

He is a very easy going guy in the film and will have two looks in the youthful drama. I feel that Ram is one actor who can carry off any role with ease. He has done a wonderful job and will surely impress you with his looks and performance.

Tell us about Anupama’s character?

Anupama plays a very lovable character in the film and will win everyone’s heart with her wonderful performance. She has done a very good job with her dubbing as well and all her scenes with Ram have come out quite well.

Why Sree Vishnu in a supporting role when he is already doing lead roles?

Both I and Vishnu go a very long way back. He is a close friend and agreed to do the role without any doubts. His role is also very crucial to the film and Vishnu has given a very emotional performance.

About your film with Venkatesh?

The project is still on and the script work is still pending. There is also a project lined up with Nani but firstly, I need to come out of this release tensions and then I will think about these projects.