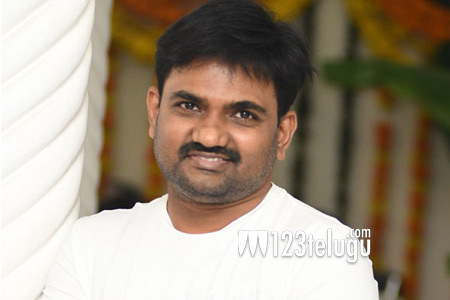 Director Maruthi is back with yet another interesting subject in the form of Mahanubhavudu. On the occasion of the film’s release, we caught up with him for a detailed interview. Here is the transcript.

What did you learn from your last film Babu Bangaram?

I had a mixed bag of feeling with that film. I got to work with Venky, saw decent success but I could have narrated the film in an even better manner I feel.

What made you choose Sharwa?

Sharwa is one actor who can pull off any role easily. He gets involved into the skin of a character and does a wonderful job in his role. I felt that he would be the right choice to portray the man who has OCD.

Why did you choose OCD as a character trait for Sharwa?

I did it just to make things even more entertaining. Along with the comedy caper, hero’s unique role will also add additional laughs to the film. I feel that the audience will thoroughly enjoy Sjarwa’s role.

Even I am hearing this a lot but am happy that everyone is comparing Mahanubhavudu with a hit film like Bhale Bhale Magadivoy. Now, how different are the films from each other, you need to find it out yourself.

What is the inspiration for this story?

There is no particular inspiration but I have created Sharwa’s character after seeing many in our regular life. There are many people like Sharwa who have OCD and behave funnily.

Why do you always make films with young heroes?

Nothing like that. My last film was with Venkatesh if you remember. I only choose heroes according to the script of my film and narrate them the story.