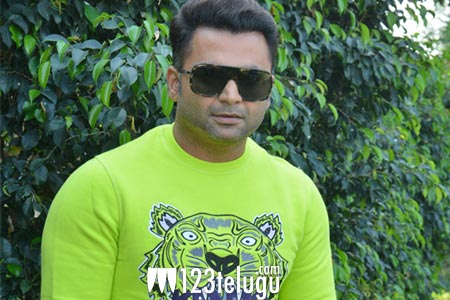 Sachin Joshi is back after a long gap with his new film Amavas. As the film is also releasing in Telugu, we caught up with him for a brief chat. Here is the transcript.

What made you choose a horror thriller?

It has been quite some time since I have done a film. I was caught up with other things and when my director Bhushan Patel narrated me this horror thriller, I latched on to it immediately.

What is Amavas all about?

The film is a spine chilling horror thriller which will have a unique screenplay. The manner in which the thrills have been narrated is the highlight of the film. Apart from this, the VFX and story of the film are top notch.

Why did you make this film as a bilingual?

The story of the film is universal. We shot the film in both the languages and took special care of the dubbing and diction of the dialogues. I am very confident that the Telugu audience will love the film.

Bhushan is a pro when it comes to making horror films. All his films have great thrills and even in Amavas his writing and execution in this film are spot on. The manner in which he has narrated the film will impress everyone.

Any upcoming films in Telugu?

I have heard a couple of stories which are under the pipeline. I will take a call once I am done with the release of Amavas.