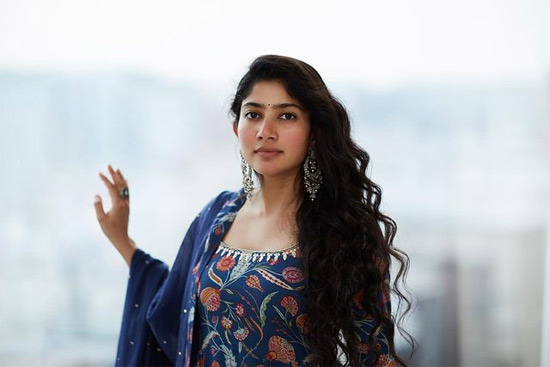 Shyam Singh Roy is up for a release this Friday. On this occasion, we caught up with Sai Pallavi for a detailed interview. Here is the transcript.

Reason behind getting emotional during the Shyam Singh Roy event?

I am still the same from the day I started out in my career. But the way the audience is appreciating my work has made me so happy. The way everyone spoke about me and the love the audience is giving after watching my films, all these things flashed in my mind and made me emotional.

It was the character of Devadasi which attracted me. More than the physical aspect, director Rahul etched my role on a psychological aspect. I loved getting into the skin of my characters and this role gave a good scope to showcase my talent.

Is dance a major aspect of your character in Shyam Sigha Roy?

No, dance is not a major aspect. We have just used my dancing skills only how much the character needed. Rahul is very clear and wanted me to showcase the dance only as an extension of my role.

How did you prepare for the role of a Devadasi?

I have read different stories about Devadasis. But in every region, there is a difference in how the devadasis are treated. But we did not explore the system much and used it just as a backdrop for my character.

During the shoot of MCA, I did not have many scenes with Nani. But now, as I know him, the comfort level has surely grown and it was lovely working with him. We have some really intense scenes in the film and he has done a solid job.

Actually, we shot the last scene first. I was not that confident shooting for it. But Rahul was so clear in his mind and made us do it. Looking at his confidence, I believed in him and did my role happily. His vision is quite clear and he has a very good command of the craft.

How do you select your roles?

I look at the roles as an outsider. When I watch any film, I look at various roles which create an impact. In a way, I feel the role I do should create an aura for itself. That is how I pick my characters.

As of now, I am ready with Shyam Singha Roy and Virata Parvam in Telugu. My Tamil film will also be announced in a big way. I am reading a very interesting story for a web project and will reveal details soon.