Interview : Vijay Challa- We have showcased the true character of YSR in Yatra
Published on Jan 31, 2019 3:42 pm IST 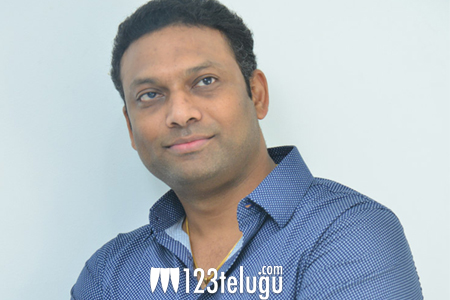 Yatra is one film which has caught on quite well all over. As the film is ready for its release, we caught up with the film’s producer Vijay Challa for a detailed interview. Here is the transcript.

How did the thought of making a biopic on YSR come up?

Both I and director Mahi were on our way to Chennai for the post-production of Anando Brahma. This was the time Mahi told me that he has an idea of making a biopic on YSR. At first, I was surprised and told him that we are only two films old and there is no need to risk our careers by doing such controversial films. Then, Mahi requested me to hear a scene and decide on the project. Once he narrated the Nenu Vinnanu-Nenu Unnanu hospital scene, I was very impressed and asked him to develop the script and here we are ready with the film.

How was Mammootty brought on board?

The moment Mahi started writing the script, the only actor on his mind was Mammootty. Even I liked the idea and approached the star hero to narrate the film. Mahi narrated the film for half an hour and Mammootty was impressed with the setup and requested us for a full script reading. After a ten-day gap, we went back and gave him a ten-hour narration in Telugu. He was very happy with the story and sorted out his dates and got on board.

What kind of cinematic liberties have been taken to showcase YSR’s story?

We have shown YSR’s role in a very true manner. All the small incidents that we have shown in the film have happened in his life at some stage or the other. We took a few cinematic liberties and showcased the film in a proper flow so that it would connect with the audience well.

Did you meet YSR’s family during the making of the film?

I personally never met anyone but Mahi met Jagan garu and showcased him the first look of the film. The only thing which Jagan said to him was to showcase things which his dad accomplished and not elevate him for things which he never did. Apart from that, he or his family never objected us during the making of the film. He is yet to watch the film and we hope that he likes what we have made.

How do you rate Mahi’s work as a director?

He has done a superb job with the film. What he narrated me on paper was brought to life in a spectacular manner. The film is a collective effect of various technicians and their hard work.

Your working experience with Mammootty?

I cannot put it in words. The manner in which he has worked on the film is just amazing. He has done over 350 films and has introduced over 75 directors in Malayalam which shows how big a star he is. He dubbed for himself, learned the language, got every scene explained before the shoot and gave his best performance to date.