Interview: Madhura Sreedhar- I want to be the Karan Johar of Telugu cinema
Published on May 21, 2019 1:52 pm IST 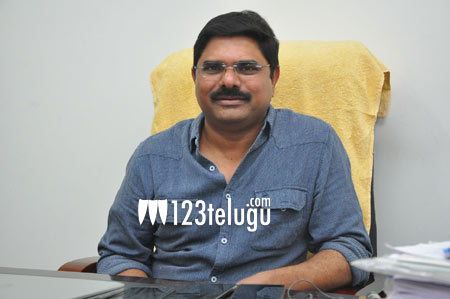 Madhura Sreedhar is a talented technician who is producing good films off late. His new film ABCD has hit the screens recently and on this occasion, we caught up with him for a detailed interview. Here is the transcript.

What made you choose ABCD?

Till now, I have made ten films and all of them are slightly concept based. I wanted to touch the subject of social media and politics in my next film and that is when I found ABCD to be the correct project. We added a few incidents here and there and made this film on a hilarious note.

How is the film faring as of now?

Though there were some mixed reviews for the film, it has been doing quite well and has been impressing the target audience. The film has passed the crucial Monday test and that is the reason I am before you today.

ABCD has similarities with many Telugu films. What do you have to say?

Stories are very few these days and they resemble some film or the other. For the first time, I chose a remake and trust me it was very hard to make this film click. We showed all the contemporary factors with a light-hearted backdrop of an NRI coming to India and that is a bit new for us.

Why have you stopped directing?

Frankly speaking, after the debacle of Back Bench Student, I did not find a suitable subject to direct as of now. So, I have taken a break and am producing films which I feel have good subjects in them.

Are you a hands-on producer?

Yes, I am a very hands-on producer and always aware of the shoot progress and other issues of the film. I give my valuable suggestions but do not interfere with the director’s work.

Who is your inspiration as a producer?

I have always admired Karan Johar’s work. Once in five years, he directs a film of his choice and the rest of the time, he produces crazy projects. I want to be like him and enjoy my time as a filmmaker.

My next film is Dorasani and it will release on the 5th of July. The film is in its post-production and the first look will be released this week.