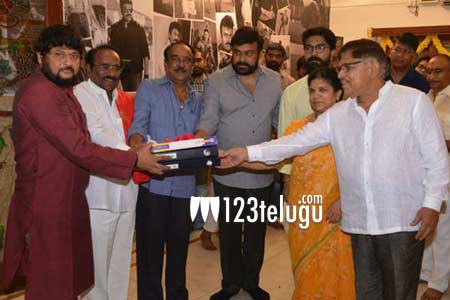 Today, this highly-anticipated period drama was launched officially with a traditional puja ceremony at Konidela Productions office. Chiru, his wife Surekha, Ram Charan, Allu Aravind and the film’s director Surender Reddy took part in the puja. The film’s title logo will be unveiled on August 22nd, on the occasion of Megastar’s birthday.

Nayanthara is rumored to be the film’s heroine, but the makers are yet to make an official announcement. More details regarding the film’s cast and crew will be revealed soon.