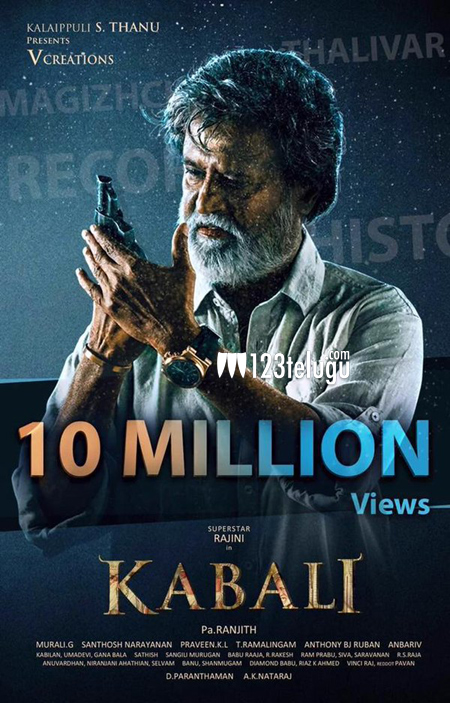 Super Star Rajinikanth, one of the country’s biggest stars ever, has done it yet again in style. The teaser of Thalaivar’s upcoming gangster flick, Kabali, is continuing its sensational storm on YouTube and has just surpassed the magical 1 crore views milestone in just 3 days.

The teaser has so far notched up nearly 3.10 lakh likes, yet another fastest feat by the legendary star. Meanwhile in Telugu, Kabali’s teaser has crossed the 10 lakh views mark in less than 3 days, proof enough that Rajini’s charisma is still unbeatable.

The film’s audio album and theatrical trailer will be released later this month and the movie will hit the screens in June.