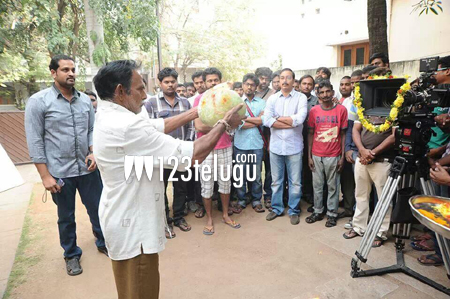 The principal shooting of Mahesh Babu’s upcoming film ‘1’-Nenokkadine has been officially wrapped up. The team performed the ceremonial ‘gummadikaya’ (pumpkin) breaking ceremony and this means that the entire shooting, including the patch work, has been completed. The ceremony was held at 14 Reels Entertainment office earlier today.

On the other hand, the film’s post-production is going on full swing and the makers have big plans to promote the film over the next couple of weeks. Already, the teasers and the songs have successfully managed to hype up the film and the expectations on the film are sky high. Now, all eyes are on the film’s theatrical trailer which is expected to be unveiled next week.

Mahesh Babu, Kriti Sanon have played the lead roles in this psychological thriller. Mahesh Babu is playing the role of a rockstar. Sukumar has directed the film and it’ll release on January 10.