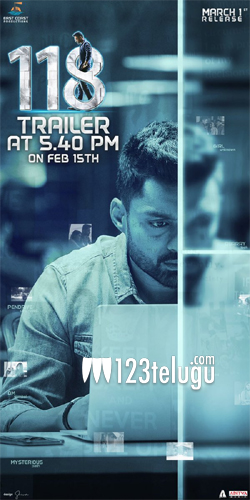 Kalyan Ram is all set to release his new film 118 on the first of March. The latest we hear is that the trailer of the film will be released on the 15th of February evening

The post-production of the film is going on in full swing and Kalyan Ram is going all out with the dubbing of the movie. Mahesh S Koneru produces this film which has been directed by Guhan.