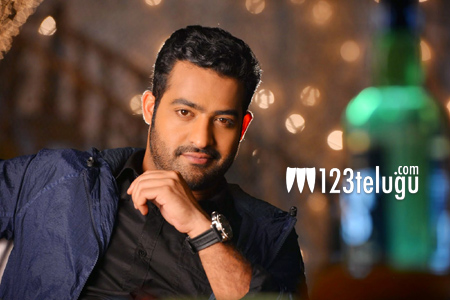 15 years ago, on May 25th 2001, a young hero made his debut with a relatively small film. At that time, the hero was almost an unknown face but he had an illustrious legacy behind him and he is none other than Jr NTR. The actor’s first film, ‘Ninnu Choodalani’, released 15 years ago.

The film went almost unnoticed but just a few months later, he scored a sensational hit with ‘Student No. 1’. That movie also heralded the arrival of S.S. Rajamouli into the Telugu Film Industry. After a strong 2001, NTR delivered another blockbuster in 2002 with ‘Aadi’. This movie marked the entry of V.V. Vinayak. NTR announced his arrival as a mass hero with these two films.

But true Box Office stardom came in the form of ‘Simhadri’ in 2003. The movie was a monstrous hit and some of the record set by the film still stand today. After ‘Simhadri’, everyone expected NTR to dominate the Industry but a few lean years followed. The actor bounced back strongly with ‘Yamadonga’ in 2007.

Since then, NTR has been tasting success on and off, with films like ‘Rakhi’,’Kantri’, ‘Adhurs’, ‘Brundavanam’,’Baadshah’ etc proving to be decent hits. The actor went in for a totally new look with ‘Temper’ in 2015 and he has been enjoying a good phase since then. NTR followed it up with ‘Nannaku Prematho’, which was a major hit this Sankranthi. He is now gearing up for the release of ‘Janatha Garage’ in August.