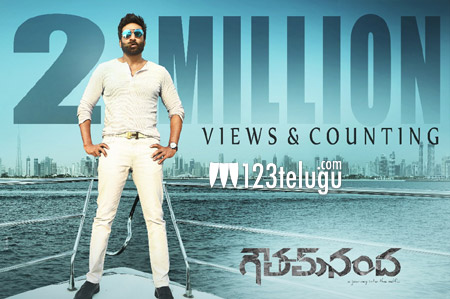 On the occasion of action hero Gopichand’s birthday on June 12, the makers of his upcoming movie, Gautham Nanda, released the film’s teaser. Rich in production values and filled with stylishly shot visuals, the teaser has so far clocked more than 2 million views on YouTube.

This high budget action entertainer is touted as Gopi’s most stylish and expensive film till date. Gopi will be seen in dual avatars in the movie. Gautham Nanda is directed by Sampath Nandi and produced by Bhagawan and Pullarao. Hansika and Catherine Tresa are the film’s leading ladies.