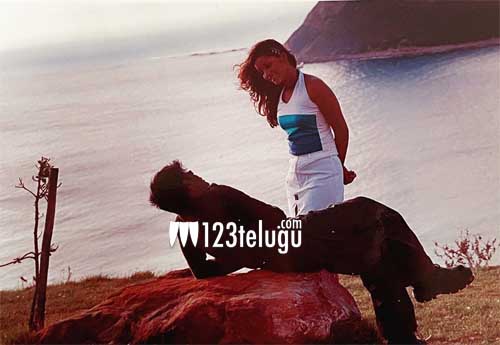 Joining the #20YearsOfBadri celebrations, Renu Desai took to Instagram and shared a behind the scenes photograph also featuring Pawan, probably clicked during the ‘Bangalakhatamlo’ song in South Africa. In the picture, Renu was seen standing while Pawan was sitting on a car.

Renu said that because of the remote location they were shooting at and the cold rocks, she could not sit. “So I was joking with Kalyangaru that it’s bad manners to sit while a girl is standing beside you,” she revealed.

. Because of the remote location we were shooting in, we didn’t have chairs to sit in between shots. Also, because of the short skirt I was wearing I couldn’t sit on the rocks, so I was joking with Kalyangaru that it’s bad manners to sit while a girl is standing beside you😁 This was also the windiest location to shoot in. I was barely able to stand or dance because of the crazy wind💃 #20yearsofbadri