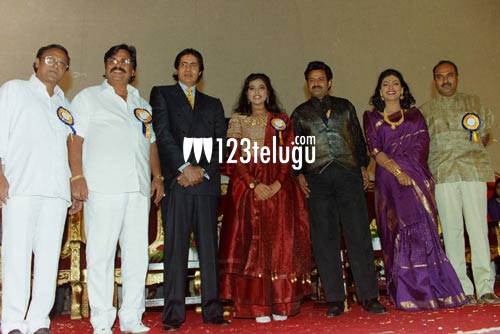 Nandamuri Balakrishna’s action family entertainer, Bobbili Simham, released on this day, in 1994, and went on to become a huge blockbuster. The film completes 26 years since since its release.

Bobbili Simham was directed by one of the most successful Tollywood directors ever, Kodandaramireddy. The film had former heroines Meena and Roja as the female leads. MM Keeravani had composed some songs in this Trivikrama Rao production. Bollywood star Amitabh Bachchan graced the film’s 100 days celebrations as the special guest.