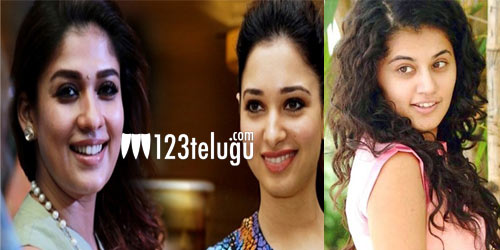 In a rare feat, three popular heroines will be locking horns with each other and clash at the box office with their respective films on the same day. Nayanthara’s Kolaiyuthir Kaalam and its Hindi version, Khamoshi, featuring Tamannaah and finally, Taapsee’s trilingual film, Game Over, are set to hit screens on June 14.

Coincidentally, all the above three movies are thrillers. While Kolaiyuthir Kaalam and Khamoshi are mystery thrillers, Game Over is a psychological thriller. Given her super stardom, Nayanthara is expected to rule the roost this June. It remains to be seen which actress will eventually emerge victorious in this unusual clash.