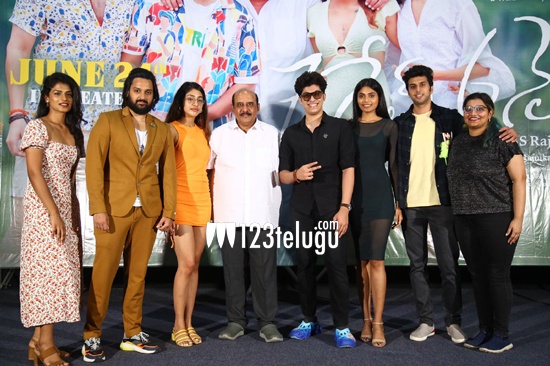 7 Days 6 Nights is a film that is being promoted a lot in the last few days or so. The film is directed by veteran producer MS Raju and his son Sumanth Ashwin is playing the main lead.

The entire team met the press today and confidently spoke about their film. Speaking about the film, MS Raju said even though their film is a low budget drama, they did not compromise on the visuals and production values of the film.

Adding further, the ace producer says that Sumanth Ashwin has given his career best performance in this film which will create a sensation with the youth as it is filled with proper masala which the younger generation needs.

7 Days 6 Nights is set in Goa and is about two young guys who go on a vacation. The film is getting a decent release on the 24th of this month and we need to see how it will be received by the audience.