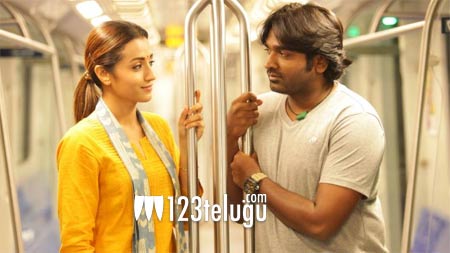 96 is considered to be a cult classic in south cinema. The manner in which it gave a new lease of life of Vijay Sethupathi and Trisha is known to us all.

Well, the film is back in the news and is being remade in Hindi. Producer Ajay Kapoor has bought the remake rights of the film and is busy with his writers scripting the Hindi version.

The news is that a noted star hero has been approached to do the main lead. Ever since this news has gone viral, everyone wants to know who will play the lead.

What do you think? who should play Trisha and Vijay Sethupathi’s roles. Comment your answers below.