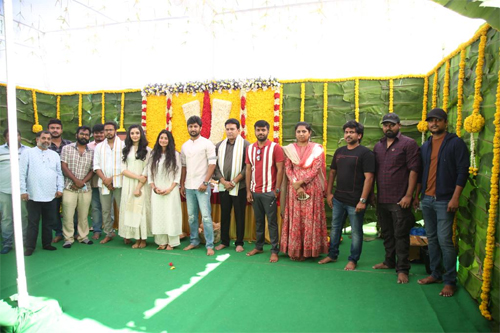 Hero Nani is currently working on his ambitious project, Shyam Singha Roy. The film has a Kolkata and Bengali backdrop and it’s been earlier reported that the makers will be erecting a giant set where a major portion of the film’s shoot will take place.

According to the latest reports, SSR’s makers are shelling out a whopping Rs 6 crore to build a huge set resembling the Kali Temple and the surrounding streets of vintage Kolkata. Apparently, the makers took 15 acres of land on lease near Shamshabad and the set construction work has begun already.

Shyam Singha Roy is being made witha massive budget of Rs 40 crores. Premam beauties Sai Pallavi and Madonna Sebastian and Uppena girl Krithi Shetty are the female leads. Rahul Sankrityan is directing Shyam Singha Roy and Venkat Boyanapalli is producing it. Mickey J Meyer will be composing the music.