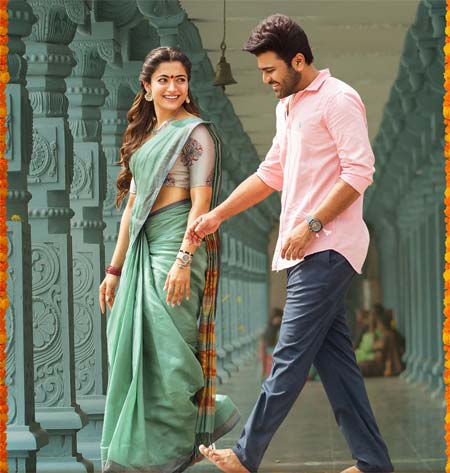 Promising actor, Sharwanand’s upcoming movie, Aadavaallu Meeku Johaarlu, which is directed by Tirumala Kishore, is an out and out family entertainer. Rashmika is playing the female lead in this movie, which is scheduled to hit screens on February 25, 2022.

Considering the kind of buzz the movie is carrying, the movie has become a hot cake among trade circles. Meanwhile, the film’s non-theatrical rights were sold for a staggering price of Rs.25 crores and this is biggest price for Sharwanand.

Khushbu Sundar, Radhika Sarathkumar and Urvashi are playing important roles in the film that also has some stellar cast. Devi Sri Prasad has scored the music for this movie.