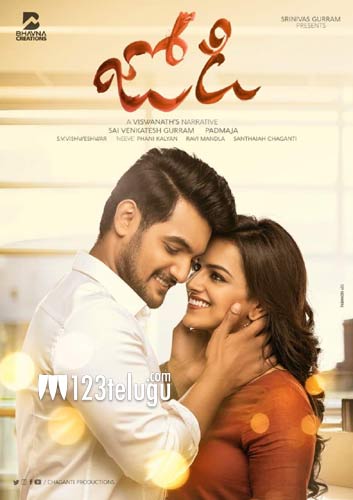 Hero Aadi has been awaiting a solid hit for the last few years. His recent film, Burra Katha, released amid a lot of positive buzz, but ended up as a disappointing venture. He has now pinned his hopes on Jodi, a breezy romantic entertainer.

As per the latest updates, Jodi will be hitting theaters on August 23rd. Surprisingly, the film will be releasing just a week after Prabhas’ Saaho. Jodi’s romance-filled teaser was unveiled last month to a decent response. We will have to see if Aadi can score the much-needed hit with this film.

Jodi is directed by debutant Viswanath and bankrolled jointly by Sai Venkatesh Gurram and Padmaja.