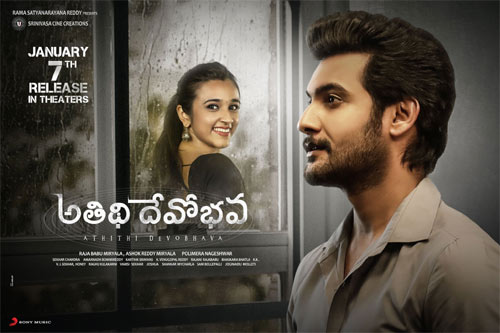 With the postponement of the SS Rajamouli’s magnum opus, RRR, many Telugu films are lined up for the release on Sankranthi 2022.

Surprisingly, Aadi Sai Kumar’s upcoming movie, Atithi Devo Bhava has taken the release date of RRR. The makers of the movie have officially announced the news that the movie is set to open in cinemas on January 7.