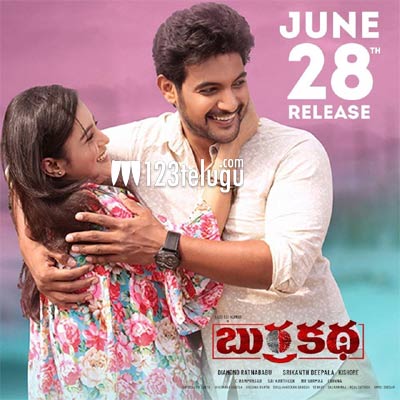 It is a known fact that Aadi Saikumar is coming up with a film called Burrakatha. The film was supposed to release on 24th of May but that did not happen at all.

Now, the latest we hear is that the makers have decided to release the film on the 28th of June. Noted story writer Diamond Rathnababu is directing Burrakatha in a grand manner.

Mishti Chakraborty and Naira Shah are the female leads in Burrakatha. Srikanth Deepala is producing this movie and Aadi will be seen in a really interesting role say the makers.