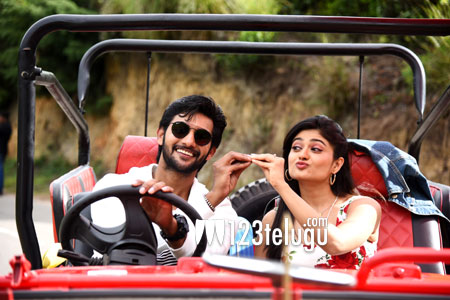 Known production houses like GA2 pictures, UV Creations, and Studio Green are co-producing a film called Next Nuvve. The latest we hear is that the film has cleared its censors with an ‘A’ certificate.

Touted to be a horror comedy, this film has Rashmi in a very glamorous role. Because of some of the bold content in the film, the censors have given the film an ‘A’.

Etv Prabhakar is making his debut with this film which has young Aadi as the hero. The film is up for a release on the 3rd of November.