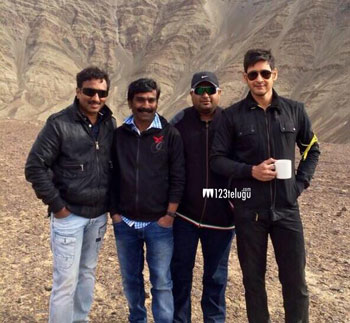 Superstar Mahesh Babu’s action entertainer ‘Aagadu’ is being shot in Ladakh now. The next schedule of this film will begin in Ramoji Film City from next week onwards. This schedule will cover the most important scenes in the movie.

The movie is being directed by Sreenu Vaitla and Tamanna is the heroine. Thaman is composing the music and 14 Reels Entertainment banner is the producer.

The film is going to be a full on comedy and action. Brahmanandam has a special role in the movie and his comedy is expected to be a major highlight.