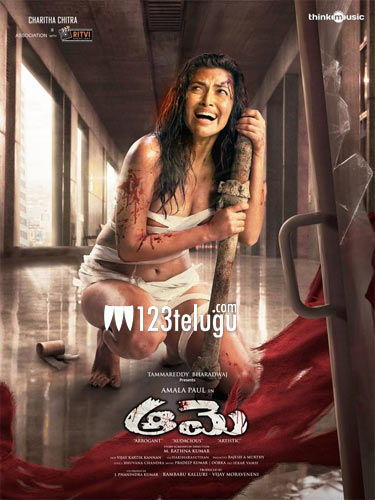 Heroine Amala Paul’s Tamil-Telugu bilingual, Aame, is all set to hit screens today. However, the latest we hear is that the film’s morning shows have been cancelled in both the Telugu states due to reasons unknown.

Whether the film will manage to release today or not is the big question now some clarity will emerge later today. On the other hand, the film’s Tamil version, Aadai, released this morning in close to 500 screens all over Tamil Nadu.

Aame has been directed by Rathna Kumar. Tammareddy Bhardwaj has bagged the film’s Telugu version rights.