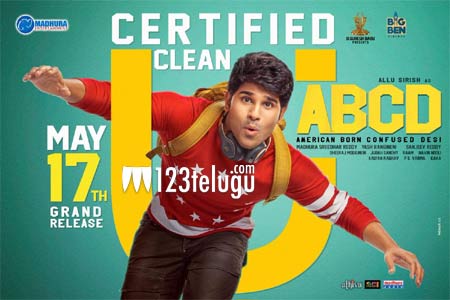 The Allu Sirish starrer, ABCD has been in the news for quite some time now and is ready for a release this 17th of May. The news now is that it has cleared its censor with a clean U certificate today.

The reports in the film circles reveal that the makers will have a limited release for the film. As they are very confident about the film’s output, the plan is to increase the theaters once the film gets a good talk.

Ruksar Dhillon plays the female lead in this film and comedian Bharat will also be seen in a key role.