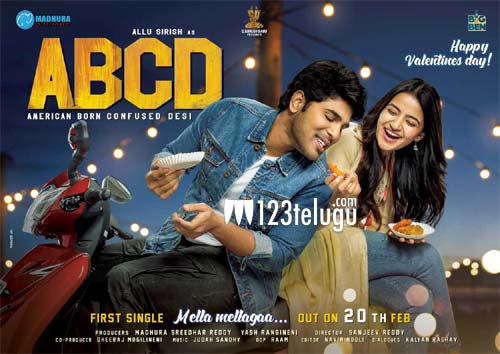 The latest romantic anthem, Mella Mellaga has become a hit number all over. The song from Allu Sirish’s ABCD has topped the charts in several music channels and has now crossed the 2 million views online.

The buzz for the film has caught on quite well and the makers are doing everything to make the film work at the box office. Ruksar Dhillon plays the female lead in this film which is the remake of the Malayalam hit film with the same title.

Madhura Sreedhar and Yash Rangineni have produced the film, whereas Suresh Babu is presenting the film.