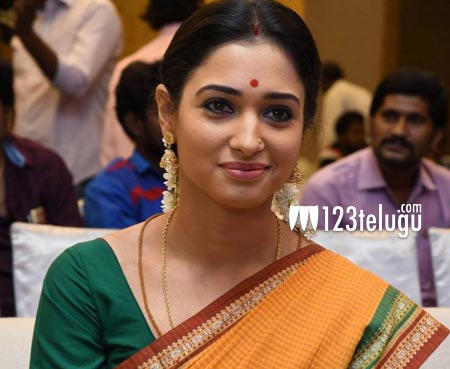 Tamannah’s much anticipated film, Abhinetri, is currently progressing at a brisk pace. Latest update reveals that the milky beauty has a powerful role and will impress everyone big time.

Going into details, reports reveal that Tamannah will have different shades in her character which she has not done till date. Be it her looks or dialogue delivery or various other minutes gestures in her role, Tamannah is giving everything for the film.

Directed by AL Vijay, the film will be released in three languages Telugu, Tamil and Hindi. Produced by MVV Satyanarayana, the music is jointly composed by Thaman and GV Prakash.