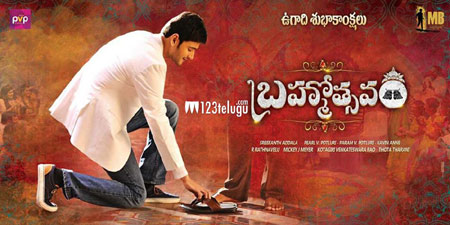 The unit of Mahesh Babu’s Brahmotsavam is currently busy with the song shoot. The work is progressing at a brisk pace for a May 20th worldwide release.

Meanwhile, the film is doing a thumping pre-release business and the latest reports reveal that noted distribution house Abhishek Pictures has bagged the distribution rights for Nizam area for a whopping amount.

Directed by Srikanth Addala, the film has Samantha, Kajal and Pranitha as the female leads. Prestigious banner PVP Cinema is bankrolling the flick and the audio of the film will be released on May 7th in Hyderabad.