Acclaimed Kannada Director’s Next To Release In Telugu
Published on Oct 3, 2017 1:58 am IST 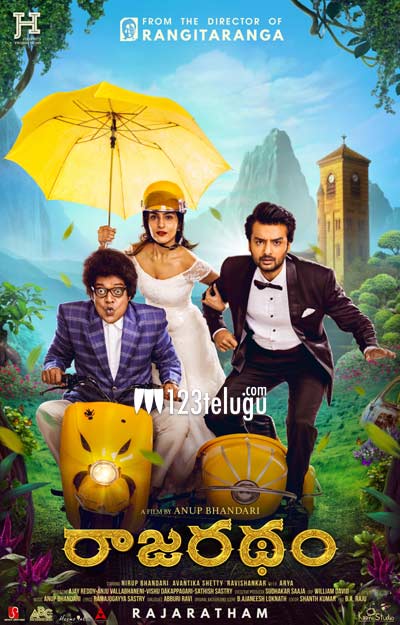 Anup Bhandari made headlines in Kannada cinema back in 2015 when his debut film Rangitharanga went on to become a roaring hit in Kannada. In fact, the film withstood heavy competition from Baahubali and Bajrangi Bhaijaan in Bangalore and other areas of Karnataka, and it ran for nearly a year in few centres.

After a long gap, Anup is back with a bilingual film which will release in Telugu and Kannada. Titled as ‘Rajaratham’, the film stars Nirup Bhandari, Avantika Shetty, and Ravishankar in lead roles. The film is said to be a romantic comedy, and the first look was unveiled today.

Abburi Ravi has written the script for the Telugu version, and Rama Jogayya Sastry has written the lyrics. Ajay Reddy Gollapalli has produced the film under Jollyhits Pvt Ltd banner.