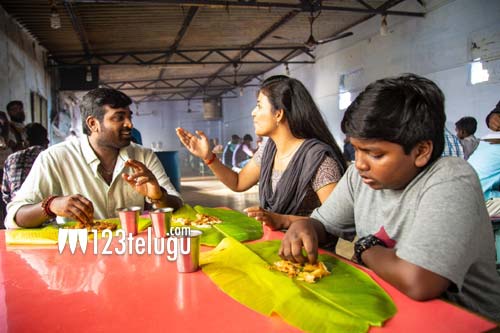 Acclaimed Tamil star Vijay Sethupathi is all set to give a pleasant surprise to his fans. The actor will be seen sharing screen space with his teenage son Suriya in his upcoming film, Sindhubaadh. A few working stills featuring the father-son duo on the film’s sets were released yesterday.

Sindhubaadh is an action family entertainer. Interestingly, both Vijay Sethupathi and his son will be seen as petty thieves in the movie. Suriya will reportedly be seen throughout the movie. Telugu girl Anjali is the film’s leading lady. Arun Kumar is the director and Yuvan Shankar Raja scores the music.