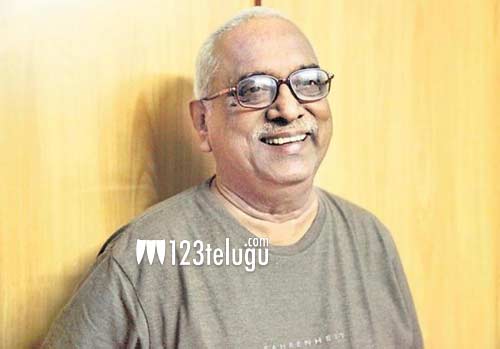 Prolific writer and lyricist Indraganti Srikanth Sharma breathed his last due to illness in the wee hours of Thursday in Hyderabad. Srikanth Sharma was 75. He is survived by his wife Janakibala, son and popular filmmaker Indraganti Mohanakrishna and daughter.

Indraganti Srikanth Sharma started his career as a journalist with Andhra Jyothi and went on to work with Andhra Prabha and All India Radio. He wrote short stories, plays, poems and also lyrics in several Telugu films. Krishnavatharam, Nelavanka, Rendu Jella Seetha and Puthadibomma are some of the movies he penned lyrics for. His last song as a lyricist was ‘Manasainadedo’ in his son Mohanakrishna’s 2018 romantic drama, Sammohanam.