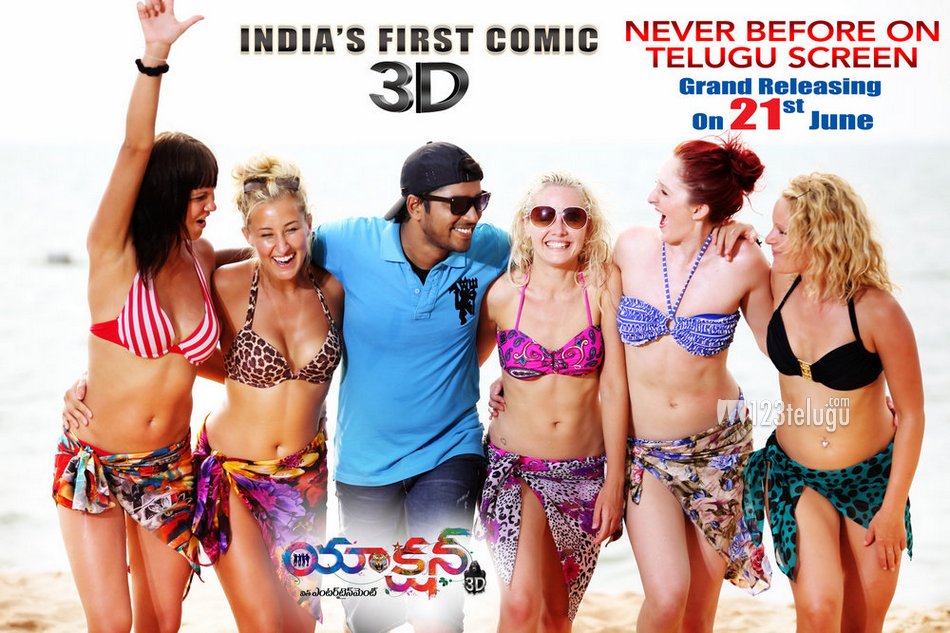 Comedy King Allari Naresh’s big budget entertainer, ‘Action 3D’, released last Friday and the movie took in good openings. The tag of being the first real 3D film in Telugu has managed to create some expectations on the project and this has helped revenues. Allari Naresh’s traditional fan base has also added to the openings.

The movie has been released in both 2D and 3D versions across the state. Anil Sunkara is the director and producer of this movie. Sneha Ullal and Neelam Upadhyay are the main heroines in the movie.

Bappi Lahiri and Bappa Lahiri have scored the music for this movie. Sarvesh Murari has handled cinematography and Keith Driver has taken care of the 3D effects.