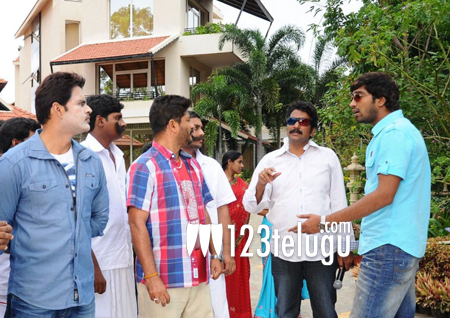 Anil Sunkara’s upcoming film Action 3D will soon be shot in Bangkok. The film’s shooting is currently going on in Goa where Anil Sunkara is canning pre-climax scenes on the film’s lead cast. The next schedule will begin from October 19 in Bangkok. Allari Naresh, Vaibhav Reddy, Raju Sundaram, Shaam, Sneha Ullal, Kamna Jethmalani and Neelam Upadhyay are playing the lead roles in this action comedy. Anil Sunkara is putting a lot of efforts to make this film since it’s the first time an action comedy is being shot in 3D format in Telugu cinema. The film is also being simultaneously shot in Tamil. Bappa Lahiri has composed the music and Bappi Lahiri is scoring the background music. Sarvesh Murari is the cinematographer.