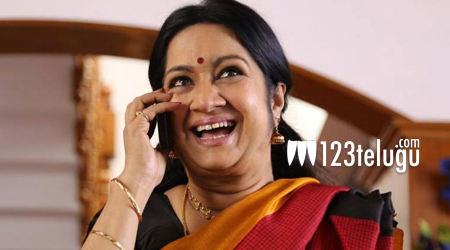 Actress Kalpana passed away while ‘Oopiri’ was being made. The popular actress played the role of a cook in the blockbuster and her last words in the film are leaving an emotional impact on movie lovers.

In the movie, Kalpana’s last scene shows her getting ready to make some dish for Nagarjuna and her dialogue is “Tvaraga amma. Naku antha time ledhu” (Plz make it fast. I don’t have much time).

While the dialogue is about a dish Nagarjuna asks Kalpana to make, the last words about not having enough time have reverberated and many have been saying a silent prayer for the actress after watching that scene.

Meanwhile, ‘Oopiri’ is still doing very well across all areas and has given Nagarjuna a hat-trick after “Manam” and ‘Soggade Chinni Nayana’.