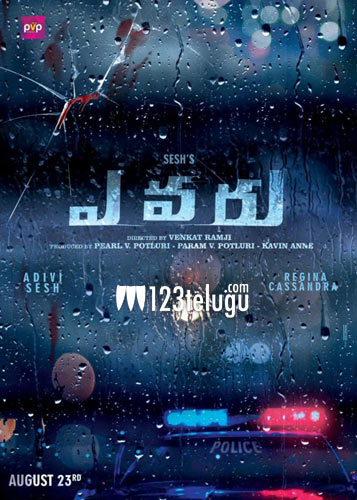 Adivi Sesh, who is high after the success of his last film ‘Goodachari’ is doing a new film called Evaru and we all know that. Now, the latest news is that the film completed its shoot and Sesh has started dubbing for his role.

Evaru has Adivi Sesh, Naveen Chandra, and Regina Cassandra in lead roles. The film has been completely shot in a secretive manner so that the major star cast is not revealed.

Directed by Venkat Ramji and produced by Pearl V Potluri and Param V Potluri, this film is set to hit the screens on the 23rdof of August.