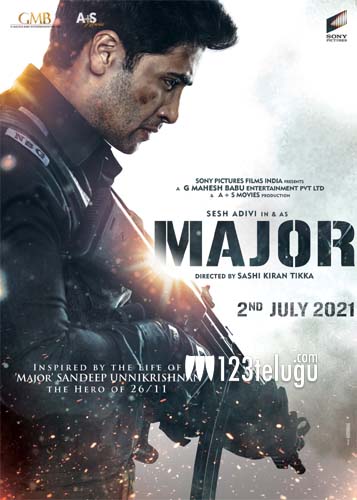 A few days back, the teaser of Adivi Sesh’s Major was revealed and it won a staggering response all over the country. The film will release in five languages on the 2nd of June.

Ever since the teaser has gone viral, the buzz for the film has caught on quite well. Various distributors across the country are coming ahead with solid offers to bag the film.

In Telugu too, the pre-release business has shot up big and some career highest figures of Adivi Sesh are being quoted by the makers to sell the right. Major is based on the life of Major Sundeep Unnkrishnan who fought for the 26/11 Mumbai attacks and saved many.