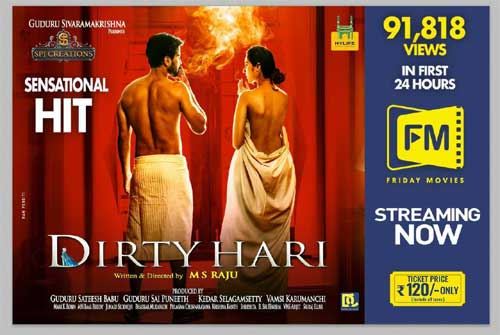 Them AHa launched the film on their platform and things worked even better for the makers as the film got a lot of attention. Now that the theatres are opened, the makers have decided to release the film on the big screens.

The latest update is that the film will be out on the 8th of January on the big screens in both the Telugu states. MS Raju has directed this film and his narration of the drama and twists have worked well with the target audience.

Not many know that MS Raju has earlier released several of his films during the Sankranthi season and scores big hits. So, as Jan is supposed to be said as a festival season, Dirty Hari and MS Raju are once again set to rock the big screens with its release.